Endless Night: A stricken Family on the Nowruz Eve 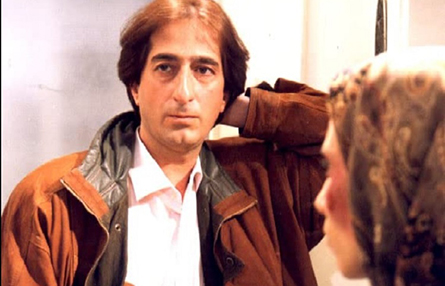 The characters that Tamjidi and Bakhtiar (as co-screenwriters) have created in this film are not complicated. They are gray, flat, and familiar characters. Daily, we deal with them through social interactions. Shamsi (played well by Neli Minassian) is a devoted woman. She is a model of a compassionate and moral mother in the Iranian cultural community. In a cycle of cultural superstitions and irrational attitudes, she has worn a blue dress for six years, believing that it has brought her luck and prevented her family from conflict. Jamshid injured her but she is not even willing to go to the hospital for treatment because she believes that "family reputation is more important than anything." Even the character of the educated midwife (played by Lorik Minassian) fits into this cultural cycle; As she confesses to her husband, "I would not have gone to the hospital if I had been in Shamsi's place."d

The issue of domestic violence is serious social harm that still exists in society. The resulting crisis causes a lack of emotional exchange in the family. The question is how, despite domestic violence and unfounded cultural beliefs, many families continue to live together and the foundation of the family remains with all its shortcomings and inaccuracies. It may be appropriate to compare with an example from the science of physics. In the nucleus of an atom, there is a repulsion between two protons. But, despite repulsion, the "strong force of the nucleus" holds them together and causes them to continue to coexist and avoid the disintegration of the nucleus. This force, although it does not affect the outside of the nucleus, stabilizes the nucleus. The family is like a nucleus; The smallest social nucleus. The force that holds parents together despite all kinds of violence and repulsion, in the absence of love, is the child. Families who have experienced emotional divorce may have repeatedly argued that "I remained because of my children"; Just like the "Endless Night" argument, except that the film's script has a clever promise in itself and, implicitly, heralds a brighter future in family relationships. Recall the sequence of the grandmother arguing with her granddaughter. Fati's character, as a model of the younger generation, criticizes her grandmother's attitude: "Do you think a woman should be beaten, humiliated, killed to keep the family? ... Damn a family that survives like this." Perhaps the point of this sequence is that although children are the strong force for survival the nucleus of damaged families, there is a force beyond called "consciousness"; It is this force that acts even stronger. Through time and by social changes, consciousness influences the attitudes of the children of each generation. Raising collective awareness raises the hope of reducing violence. Even Jamshid does not pass his mistakes to the next generation. In an emotional sequence, he is alone with Mahdi and teaches him, "If a man beats someone, he is an animal, not a human."d

Anthony Giddens (sociologist) outlines four steps in the cycle of violence. All four steps are included in the progress of the "Endless Night" scenario, respectively.d

Step 1) Tension (the attacker gets angry). Jamshid himself admits "I got angry."d

The Ministry of Culture refused to give the production license to "Endless Night". This film was never released in Iran. As its title suggests, Endless Night is narrated overnight. It has successive suspensions. The whole story goes so fluent, and takes place in one place, In one house. It is a positive and admirable achievement in directing. Each of the characters added to the story is with his family; The family of Jamshid's father, the family of Jamshid's friend, the family of a midwife, and even the family of the second wife. Everything focuses on family relationships. In recent months, the film has won many awards in various categories (Best Feature Film, Best Director, Best Screenplay, Best Actor and Best Actress, Best Supporting Actor, etc.) at international film festivals; The long list of honors of this film is included in IMDB. In a note on May 16, 2021, Tamjidi wrote on his Facebook page, "I had a trip to Iran two years ago. Accidentally I found a 35mm copy of this film. I converted it to digital and brought it to Canada. Twenty years have passed since the making of this film, so it was not surprising that the copy was badly damaged. We did the restoration; An acceptable version of it was obtained. To get the film out of the stagnant archive, I sent it to festivals that have no time limit. Fortunately, the reception was great." In Endless Night, both cast and music are acceptable and effective. The theme of the music fits the mood of the film and strengthens the balance of emotions. Tamjidi has collaborated with Parham Parvas in composing the soundtrack. As he has played the role of Jamshid himself. Being behind and in front of the camera at the same time during a feature film is a challenge. Hamid Tamjidi has earned an acceptable score.d